On September 28th, the Frankfurt Book Fair held its annual press conference, attracting an audience of German and international press for the announcements of the hybrid programming for this year’s Frankfurt Book Fair. Canada FBM2021’s on-ground representative, Associate Executive Director Jennifer-Ann Weir, and Gonzalo Soldi, co-founder and creative director of mirari from Montreal, joined Frankfurt Book Fair Executive Director Juergen Boos to announce the much-anticipated activities that will promote the Canadian publishing industry during the culmination of Canada’s Guest of Honour year.

It is our pleasure to share with you a summary of the announcements from Canada FBM2021 and its partners, including key information about the delegation of authors and illustrators, the literary programming, and the Guest of Honour Pavilion.

The delegation of nearly 60 Canadian authors and illustrators will participate in a variety of digital events and activities, including virtual appearances by Margaret Atwood and Joséphine Bacon at the Opening Ceremony, and digital literary content produced by the CBC in partnership with the Department of Canadian Heritage and Canada FBM2021.

Canada FBM2021 is mindful of the Government of Canada travel advisory that is still in place and has been working with the Canada Council for the Arts to accommodate the participation of nine authors and illustrators from the official literary delegation who will travel to the Frankfurt Book Fair this year: Michael Crummey, Michel Jean, Dany Laferrière, Canisia Lubrin*, Catherine Mavrikakis, Paul Seesequasis, Vivek Shraya, Kim Thúy, and Nancy Vo.

*Following the publication of this news, Canisia Lubrin has withdrawn her in-person participation at the Frankfurt Book Fair due to an unexpected personal circumstance. Her participation will continue in a virtual capacity wherever possible.

Whether virtual or in-person, the literary programming in 2021 will allow audiences around the world to immerse themselves in the literature of Canada. At the preview press conference, Canada FBM2021 was pleased to present an overview of the main themes that will be explored in the literary program: language and culture, Indigenous political and social issues, space and territory, children’s and youth literature, women in literature, LGBTQ2 perspectives, and the environment.

On October 20th, the Frankfurt Book Fair’s Festhalle venue will be dedicated to the Guest of Honour country during “Canada Night” – an evening of literary discussions with members of the delegation, readings of works in German, as well as live artistic and cultural performances. This night will feature Canadian authors, including Vivek Shraya and Kim Thúy, as well as a virtual appearance from Margaret Atwood.

The Guest of Honour Pavilion 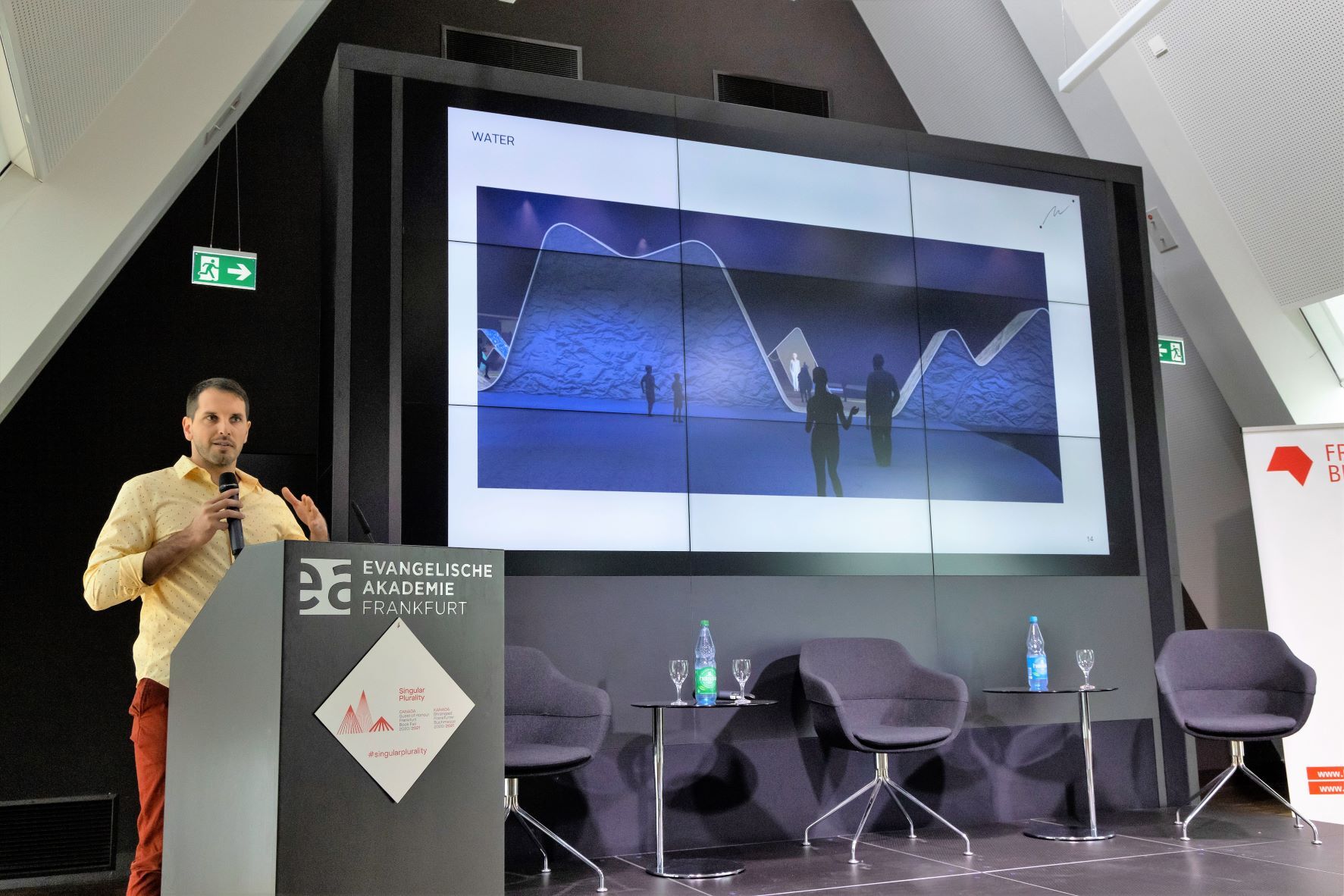 The literary programming highlights will be presented in the Guest of Honour Pavilion, an exhibit space located on the fairgrounds. Creative director and co-founder of mirari, Gonzalo Soldi, conceptualized the artistic direction inspired by the vastness of the country’s regions, and its cultural, linguistic, and historical diversity. Highlights of the pavilion include an installation inspired by the Canadian landscape, as well as virtual and interactive content developed to showcase the official literary delegation. The Livres Canada Books and Québec Édition collective stands also collaborated with mirari and will share the same look and feel as the Guest of Honour Pavilion.

As a first in the Frankfurt Book Fair’s history, the Guest of Honour country will present a virtual counterpart to complement the physical pavilion. This “virtual pavilion” will provide a web experience that will take visitors on a journey as if they were physically inside Canada’s Guest of Honour Pavilion in Frankfurt. This virtual addition will enhance the presence of Canadian literature for attendees at the fair, as well as those who are unable to travel. Toronto-based firm, Majestic Media, is developing and bringing this project to life under the design leadership of Gonzalo Soldi. The virtual pavilion represents a collaboration that showcases the richness of Canadian literature alongside the digital expertise of Canada’s creative and tech industries.

Canada’s Guest of Honour program for the 2021 Frankfurt Book Fair will include more than 80 literary and cultural initiatives, including both virtual and in-person activities. Canada FBM2021’s partners will present these initiatives and activities throughout the city of Frankfurt during the fair, which will include projections, interactive activities, and light installations highlighting Canada’s Singular Plurality. Information about additional exciting projects will be updated regularly on Canada FBM2021’s website.

Promotion of the Canadian Translated Titles 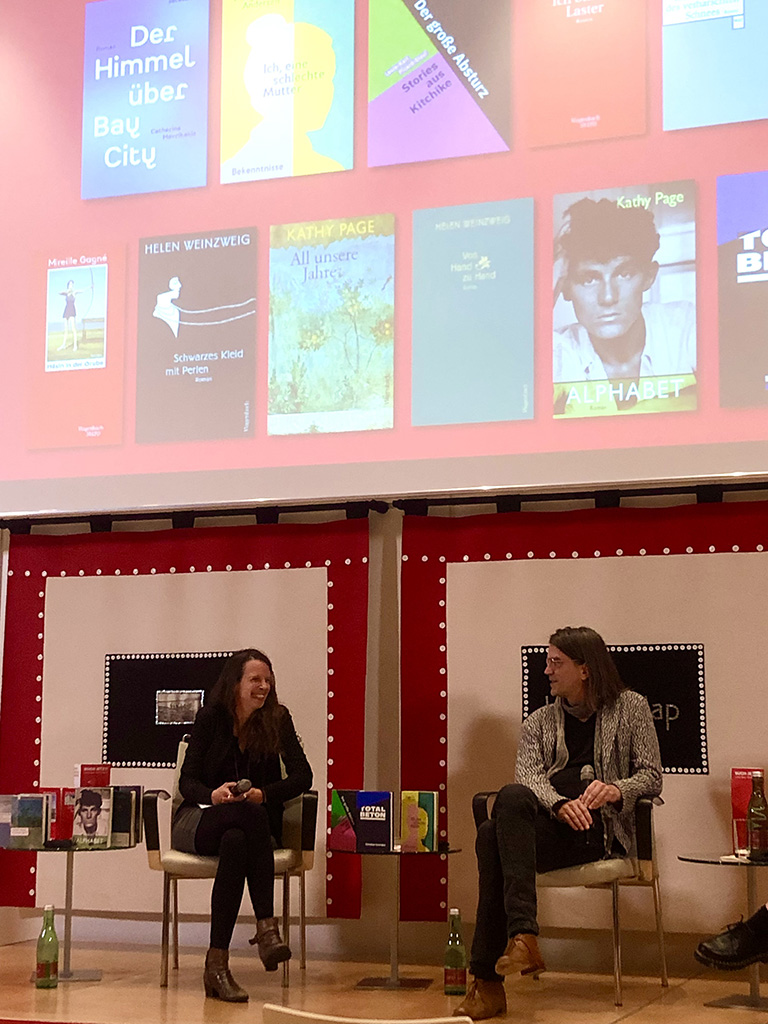 On September 30th, an event for German booksellers was held at the Embassy of Canada in Berlin, where Canada FBM2021 presented a short portrait of Canadian literature. Following the presentation, literary scholar and critic Miriam Zeh moderated a discussion where two German publishers, Christian Ruzicska of Secession Verlag and Lena Luczak of Wagenbach Verlag, spoke about their favourite translated Canadian titles. Approximately 30 German-speaking booksellers attended the event, with another 20 attending virtually.

The event was organized as part of Canada FBM2021’s campaign to promote translated Canadian-authored and -illustrated works on the German market. In anticipation of the Frankfurt Book Fair, Associate Executive Director Jennifer-Ann Weir, alongside the Boersenverein Berlin-Bradenburg, will visit a number of bookstores in Berlin next week to continue promoting Canadian literature to booksellers. This will be conducted again in Frankfurt at a later date.

Attendance of Members of the Publishing Industry