The 2021 Frankfurt Book Fair is well underway! At the Opening Ceremony, author Vivek Shraya delivered a moving speech onstage alongside virtual appearances from Margaret Atwood and Joséphine Bacon. The event was broadcast live and is available to stream here:

Canada’s official literary delegation of nearly 60 authors and illustrators has been participating in a variety of digital events and activities this week, while eight members of the official literary delegation have been on stage in Canada’s Guest of Honour Pavilion: Michael Crummey, Michel Jean, Dany Laferrière, Catherine Mavrikakis, Paul Seesequasis, Vivek Shraya, Kim Thúy, and Nancy Vo.

Literary Programming in the Guest of Honour Pavilion

The Guest of Honour Pavilion in Forum 1 of the Book Fair is hosting Canadian programming from the Canadian delegation, including digital and pre-recorded interactive content featuring all participating authors and illustrators of the delegation. The pavilion concept is based on the richness of Canada’s natural environment and on various natural elements such as water, mountains, and forests, an inspiration for Canadian authors, illustrators and creators. In the pavilion, visitors embark on a literary and metaphorical journey across Canada.

For the first time in the fair’s history, visitors are invited on a virtual journey through the Guest of Honour Pavilion in Frankfurt. Immerse yourself in the pavilion’s design, and explore a selection of the programming developed to showcase the official literary delegation. 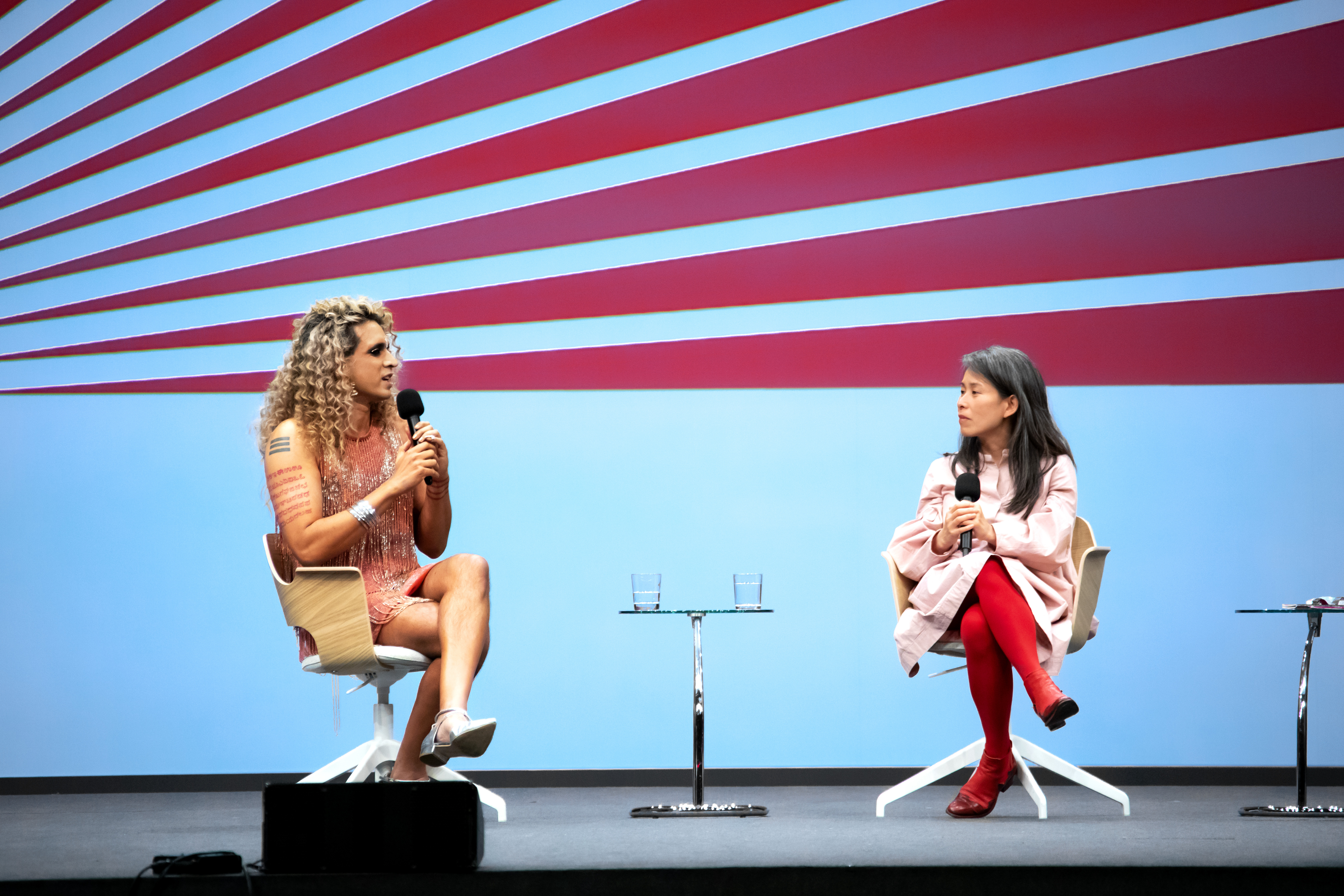 In a landmark moment on October 24th, Canada will pass on the Guest of Honour scroll to Spain. Author Dany Laferrière, and president of Canada FBM2021, Caroline Fortin, will be onstage. The ceremony will be broadcast live online from the Festhalle on YouTube.

Throughout the weekend, we will be continuing to create promotional and engaging coverage of events and activities on social media. Be sure to follow along on our platforms: